The best camera drones are far more than the simple toys they used to be. They’re now used widely by both amateur and professional photographers because they can reach areas and shoot from angles that regular cameras can’t.

A drone – also known as a quadcopter or multicopter – has four or more propellers which provide vertical lift from each corner, and an on-board processor to control the lift from each rotor and keep the machine broadly level.

Read on for our pick of the best camera drones money can buy. 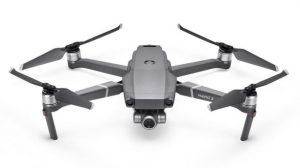 DJI’s Mavic Pro (2016) changed the perception of what was possible with the best camera drones, making it possible to fold and carry a decent-quality lens without putting too much of a dent in either the volume or weight of your carry-on. It sold so well that perhaps the appeal of simple aerial imagery is waning, so DJI has added clever software features. One of the most stunning (on both the Mavic 2 Pro and the Zoom model) is Hyperlapse – an aerial time-lapse which can include motion and is processed in moments onboard. The Zoom model also gains a dolly zoom effect (ask a horror movie geek), which is great fun. 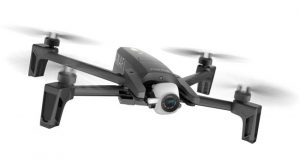 Parrot wasn’t really a contender in the high-end aerial video market until the Anafi arrived in mid-2018, but it was definitely worth the wait. Rather than push up prices and weight with sensors of questionable use (and the processing power to handle their data), Parrot leave the business of avoiding obstacles very much to the customer. In exchange, though, it’s managed to keep the portability and price manageable, helped by the fact a great hard-fabric zip case is included so you’ll be able to shoot just about anywhere. 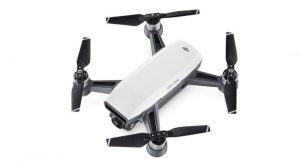 In terms of value for money, the Spark is one of the best camera drones of all. It doesn’t actually fold, but this means it has a reassuringly rugged body, and the propellors do fold, so it isn’t actually that chunky. Videographers have to settle for 1080p full HD video, but that is certainly more than adequate to share your exploits on YouTube. The ability to track subjects works well too. 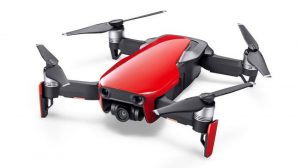 The Mavic Air is a stunning technical achievement, an incredibly capable drone that – for most people – might look like the only flying camera they’d ever need. With front, downward and rear-facing distance sensors, the drone is capable of identifying obstacles and not just warning the pilot, but also plotting a course to avoid, say, a wall or a tree if needed. 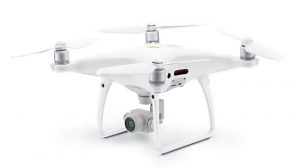 The Phantom was a revolutionary product, its earlier versions including the first drone to feature a gimbal-stabilised camera rather than requiring the user to supply their own. Its rugged body design means that while it’s no longer the obvious choice for beginners or consumers (for whom folding products offer at least the same practicality), there is a strong use-case for an occasional professional.

For more information about drone photography and videography, visit www.wewantzoom.com